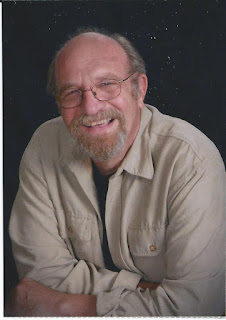 Steve Stark will lead an editorial cartoon workshop for teens on October 20, 2016 (The National Day on Writing) on the NDSU campus. His workshop will be offered during "The Write-In," an event to empower teens to express their views about issues in the coming election. Teens will be encouraged to submit their work to the the Scholastic Art & Writing Awards and/or Letters to the Next President.


Steve Stark has thousands of published editorial cartoons and continues as a nearly 20-year cartoonist for The Forum of Fargo Moorhead.

He began political/editorial cartooning here on campus for The Spectrum as an undergraduate student and continued cartooning after graduate school at the University of Wisconsin/Superior, when he was named publisher of  the Lake County News Chronicle weekly newspaper in Two Harbors, Minnesota. During that time he also drew editorial cartoons for the Duluth News Tribune and the Hibbing Daily News in Minnesota. as well as some area weekly newspapers.

Teaching Writing as Reflective Practice
by George Hillocks
Hillocks, the grand-daddy of research on teaching writing, challenges teachers to think about writing instruction as instruction that includes inquiry about something. In other words, students need to write about something they've invest...

Narrative Writing: Learning a New Model for Teaching
by George Hillocks Jr.
Hillocks, in perhaps his most accessible work, argues that writing instruction and learning might best begin with narration. Students have stories to tell and, through the telling of those stories, students can learn about the craft of w...

Effective Literacy Instruction: Building Successful Reading and Writing Programs
by Judith A. Langer
In this work based on a comprehensive study, Judith Langer explains what effective literacy instruction looks like. Most importantly, she urges teachers to help their students achieve "high literacy," a kind of literacy that includes spe...

Flow
by Mihaly Csikszentmihalyi
Flow gets at what people feel when they are engaged in optimal experiences. Literacy researchers have used the idea of flow to help teachers think about engaging students in the optimal experiences recounted in flow.

This work is licensed under a Creative Commons Attribution-Noncommercial-Share Alike 3.0 United States License.